Saint Francis of Assisi is known throughout the world for his life of humility and dedication to God and his fellow man, but few know that it was he, in 1215, who drew the emblem of Sarnano.

The community of Sarnano succeeded in freeing itself from the Brunforte Lordship on June 1 1265, after more than 60 years of battling and political claims that saw local feudal lords, popes and emperors embroiled within the context of the centuries-old clash between Guelphs and Ghibellines. A timeless folktale tells how, at the beginning of the first tensions between those who wanted to establish a free community and Rinaldo of Brunforte, Saint Francis found himself passing by. It was on this occasion, to appease tensions and to try and bring peace between the two factions, that he undid the knot of his cord and used it to draw a peace-making angel. The legend also says that the drawing began shining mysteriously, as if it were made of fire, to the point that those who were present, impressed by this extraordinary event, adopted it as the emblem of the village. The angel in question was a Seraph, considered not by coincidence an angel “of fire”, as tradition placed it in the first Angelic Circle that was closest to God. The Seraph was, incidentally, also the angel that appeared to Saint Francis on the Mount of La Verna when he received the stigmata.

The event, now a true founding myth of the community, is also depicted in a painting by Pietro Procaccini (15th century) for the church of Campanotico di Sarnano, the place where the meeting was held between the Saint, the Brunforte and the “rebels”. This event is also shown in an ink drawing of 1707. Both treasures are housed in the Pinacoteca Civica. 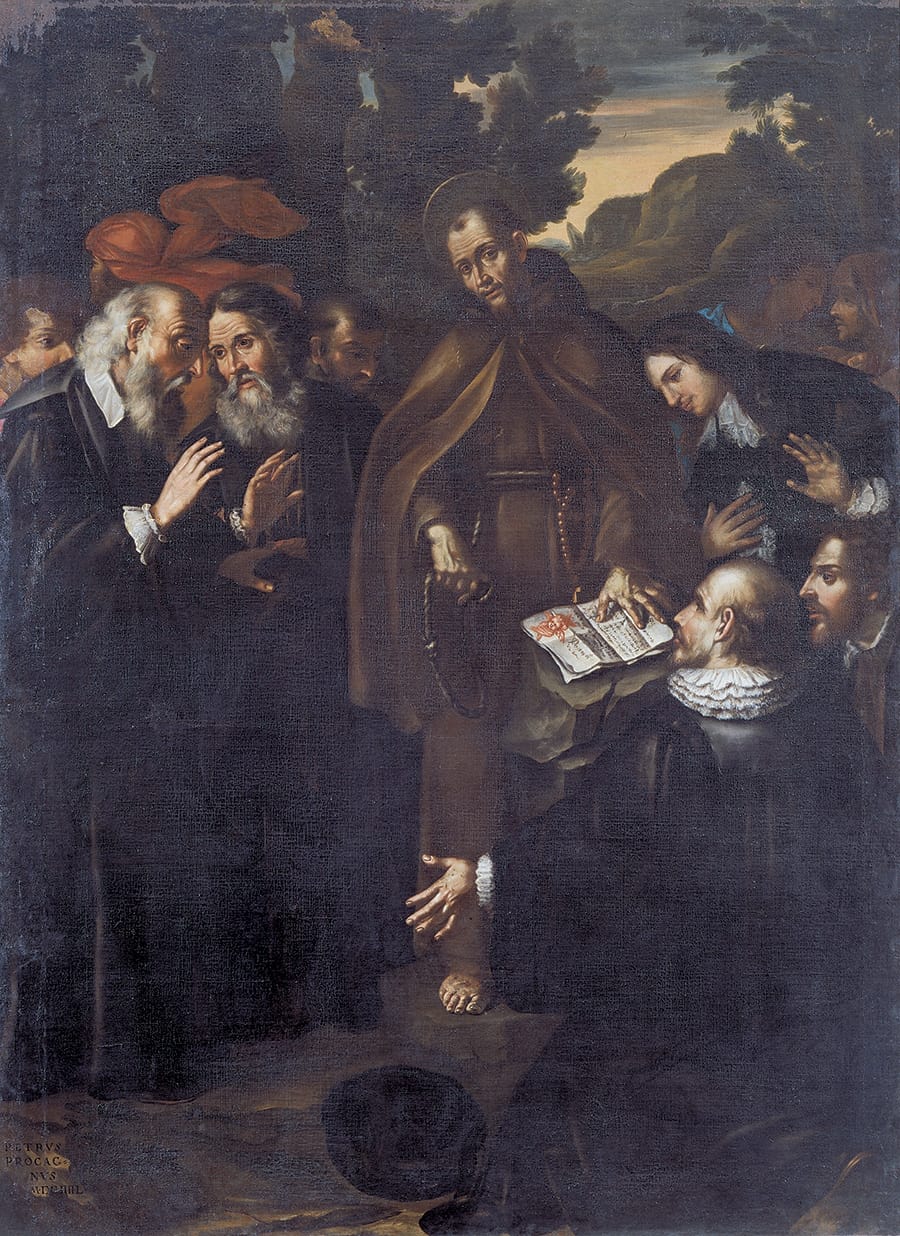 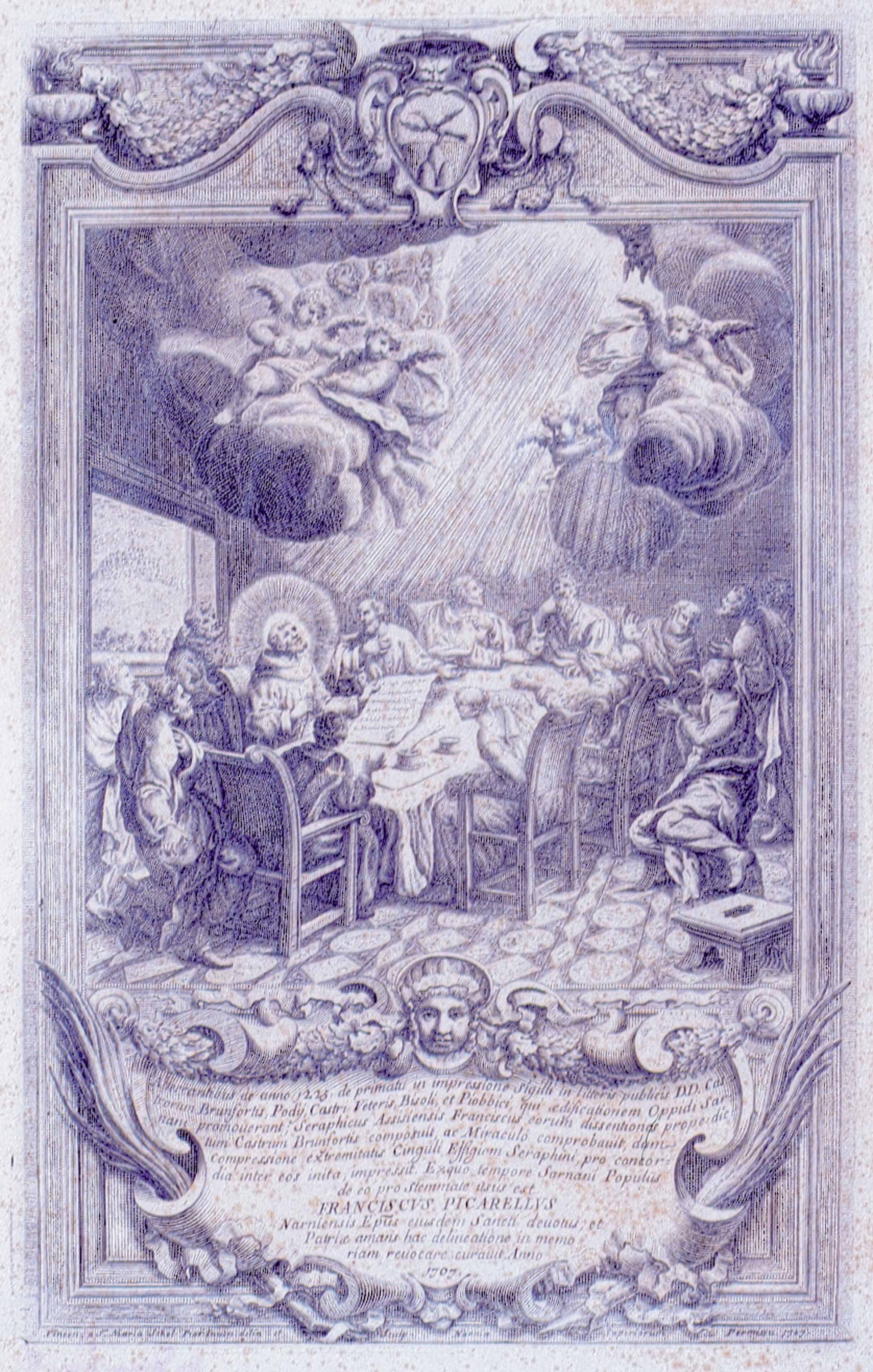 > > Go back to the history of Sarnano